Well, my first week back to school with actual students is over and I am so happy with how it went.

In addition to my usual ‘here’s where you sit, now let’s review the MUSIC rules,’ I added something new to my first week of teaching: Cup Games.

I don’t know why I had never done a cup game with my students before! I got the idea from Pitch Publications’ Back To School File.

At first, I was a little hesitant to try it, but I am so glad I did. The students I teach are very low, lots of whom don’t have much English. I had to do TONS of scaffolding, but, believe it or not, yesterday I had grade 1s playing a (simplified) cup game and today a grade 2/3 class got it right the first time!

Here’s some things I did to scaffold the learning:

I was super proud of my kids!

The intermediate kids are working on a cup game as well. This time, it’s from Aileen Miracle’s Songs and Activities for Older Beginners.

She has a freebie on her site with videos that I had to watch about 100 times before I actually was able to do the cup game myself (I had never done a cup game before!)

In the course of the week, I discovered SO many benefits to teaching cup games during the first week of school:

Most of my classes aren’t quite finished the cup game yet. We probably have one more class to work on it before they’re ready to move on. Once we have it learned, it will go up on the “Games We Know” bulletin board for when the students earn a fun lesson! 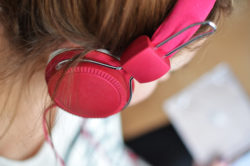